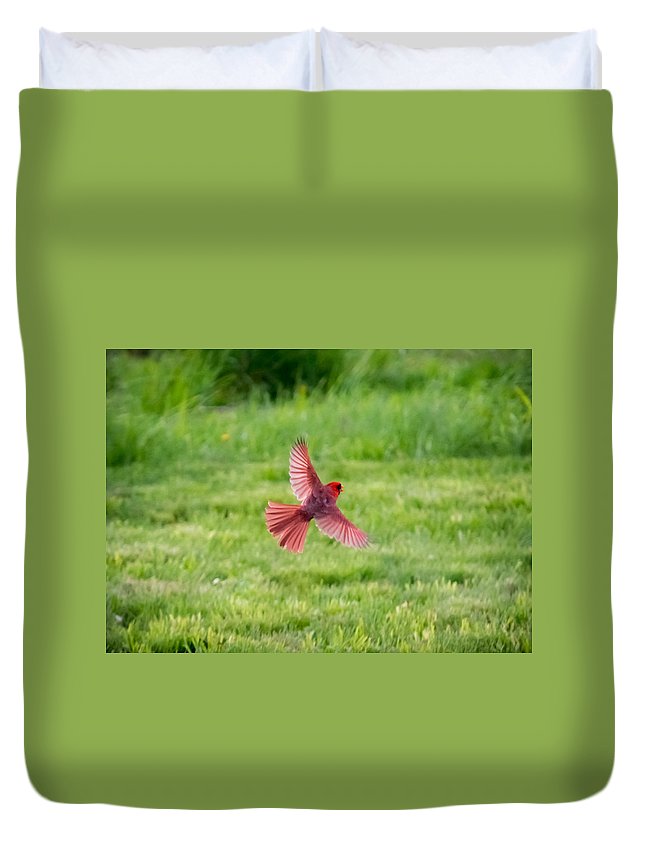 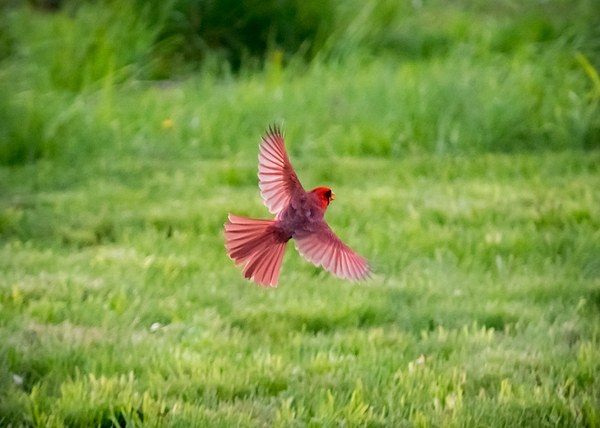 Queen duvet cover (88" x 88") featuring the image "Northern Cardinal in Flight" by Holden The Moment. Our soft microfiber duvet covers are hand sewn and include a hidden zipper for easy washing and assembly. Your selected image is printed on the top surface with a soft white surface underneath. All duvet covers are machine washable with cold water and a mild detergent.

This northern cardinal was photographed in Marietta, Ohio in April of 2015. The Cardinal had just taken off into flight from the grass which allowed... more

Congratulations on being featured in the Fine Art America Group "Images That Excite You!"

Outstanding! Wow this is magical, Jan! Sharing on FB!

This northern cardinal was photographed in Marietta, Ohio in April of 2015. The Cardinal had just taken off into flight from the grass which allowed him to be photographed showing off his beautiful wing span. This photograph was used to illustrate the poem 'Hoping to Fly' in Michelle Irrizarry Lenard's book -The Poetess -Poems of Inspiration (volume 2)