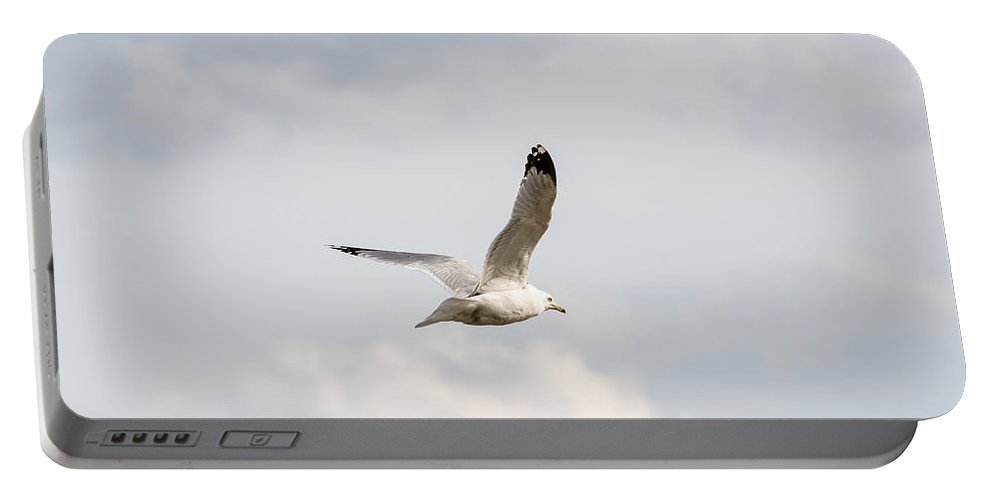 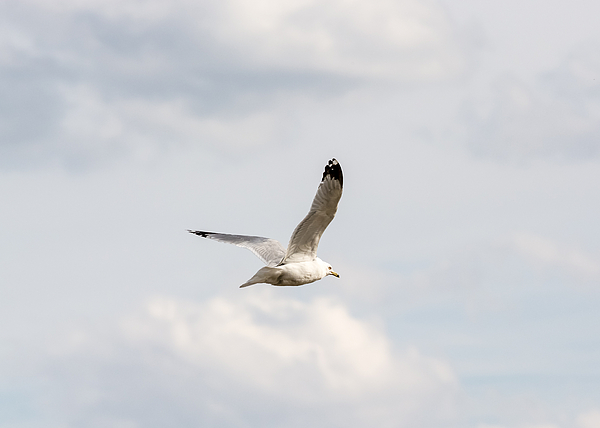 This product is currently out of stock.

You'll never run out of power again!   If the battery on your smartphone or tablet is running low... no problem.   Just plug your device into the USB port on the top of this portable battery charger, and then continue to use your device while it gets recharged.

With a recharge capacity of 5200 mAh, this charger will give you 1.5 full recharges of your smartphone or recharge your tablet to 50% capacity.

When the battery charger runs out of power, just plug it into the wall using the supplied cable (included), and it will recharge itself for your next use.

This ring-billed gull was photographed flying over the Ohio River near Marietta, Ohio. ... more

This ring-billed gull was photographed flying over the Ohio River near Marietta, Ohio. Familiar acrobats of the air, Ring-billed Gulls nimbly pluck tossed tidbits from on high. Comfortable around humans, they frequent parking lots, garbage dumps, beaches, and fields, sometimes by the hundreds. These are the gulls you're most likely to see far away from coastal areas—in fact, most Ring-billed Gulls nest in the interior of the continent, near freshwater. A black band encircling the yellow bill helps distinguish adults from other gulls—but look closely, as some other species have black or red spots on the bill.