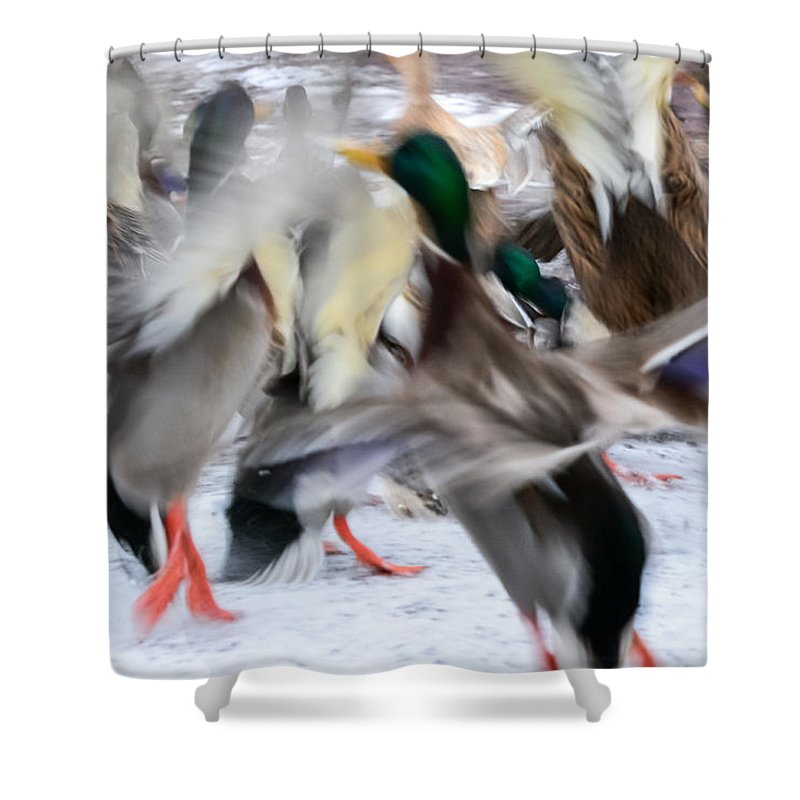 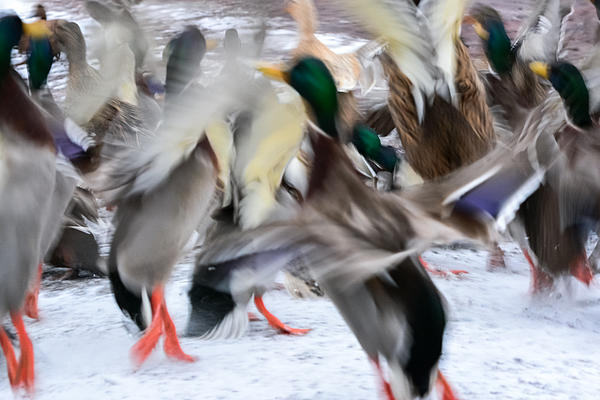 Our shower curtains are made from 100% polyester fabric and include 12 holes at the top of the curtain for simple hanging from your own shower curtain rings. The total dimensions of each shower curtain are 71" wide x 74" tall.

While out photographing the wildlife by the Ohio river this happened. Standing just feet away from the ducks a near by noise spooked them and they... more

While out photographing the wildlife by the Ohio river this happened. Standing just feet away from the ducks a near by noise spooked them and they all decided to take off together, which made it appear as though they are dancing. Perhaps the most familiar of all ducks, Mallards occur throughout North America and Eurasia in ponds and parks as well as wilder wetlands and estuaries. The male’s gleaming green head, gray flanks, and black tail-curl arguably make it the most easily identified duck. Mallards have long been hunted for the table, and almost all domestic ducks come from this species.